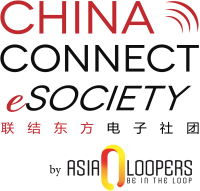 – Q&A / Interaction with all Members

WATCH THE REPLAY
FORWARD TO A FRIEND 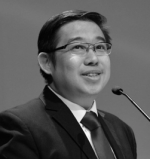 Nicholas Khoo co-founded Singapore’s Cybersports and Online Gaming Association (SCOGA) in 2008 and most recently served as its Chairman until September 2020. He has most recently been appointed Chairman of the Advisory Board to Esports Entertainment Asia Pte Ltd and key collaborator for the M2 World Championship, flying in gamers from 8 countries to Singapore in 2021 to battle it out at Shangri-La Singapore to an audience of 400 million gamers globally.

Besides serving on the board of tech and media companies, he is also Advisor to the board of the Global Esports Federation who counts Tencent as Global Founding Partner.

Nicholas has also been invited to judge the ASEAN Youth Creative Industry Fair and led a national delegation to the Nanjing Youth Olympics on the invitation of China’s Vice Premier Liu Yandong.

Manage Cookie Consent
To provide the best experiences, we use technologies like cookies to store and/or access device information. Consenting to these technologies will allow us to process data such as browsing behaviour or unique IDs on this site. Not consenting or withdrawing consent, may adversely affect certain features and functions.
Manage options Manage third parties Manage vendors Read more about these purposes
View preferences
{title} {title} {title}